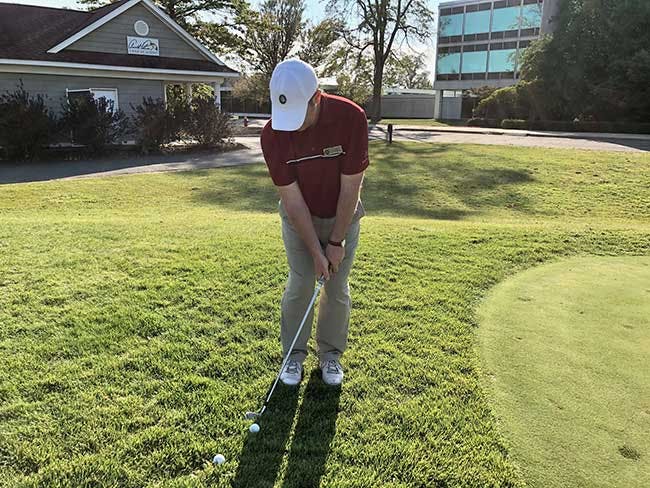 The chip and run should be the workhorse of your short game. It is the most reliable shot around the green when you can't putt.

1.   Putt whenever feasible (if the ball will roll rather than bounce)

2.   Chip when you cannot putt

3.   Pitch only when you have no other choice

I would estimate that at least 95% of my short game shots (from within 20 yards of the edge of the green) are played with a chip and run technique, and the other 5% is made up of putts from off the green, pitches, and bunker shots.

Getting the ball on the ground and rolling as soon as possible greatly increases your percentages of predictability. That is not to say that a chip and run is always very low to the ground; just as low as possible. A chip and run style shot can be played with the most lofted wedge in your bag, in which case some people might refer to the shot as a "pitch and run.”

A chip shot is one of your more compact shots, next to your putt. Your stance is more narrow than normal and you reduce the use of levers and joints. The less moving parts means the less that can go wrong. Using more of a pendulum-like motion when you putt allows the ball to stay lower to the ground while allowing the lift of the club to dictate distance. The advanced golfer will know the distance each club travels using their chip shot technique. In many cases where the average golfer tries to pitch the ball up in the air, the "risk vs. reward" and the uncontrollable nature of a pitch (especially from a marginal lie) make it a poor choice. 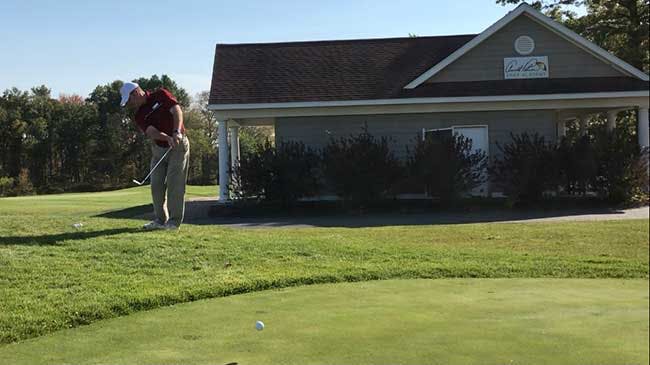